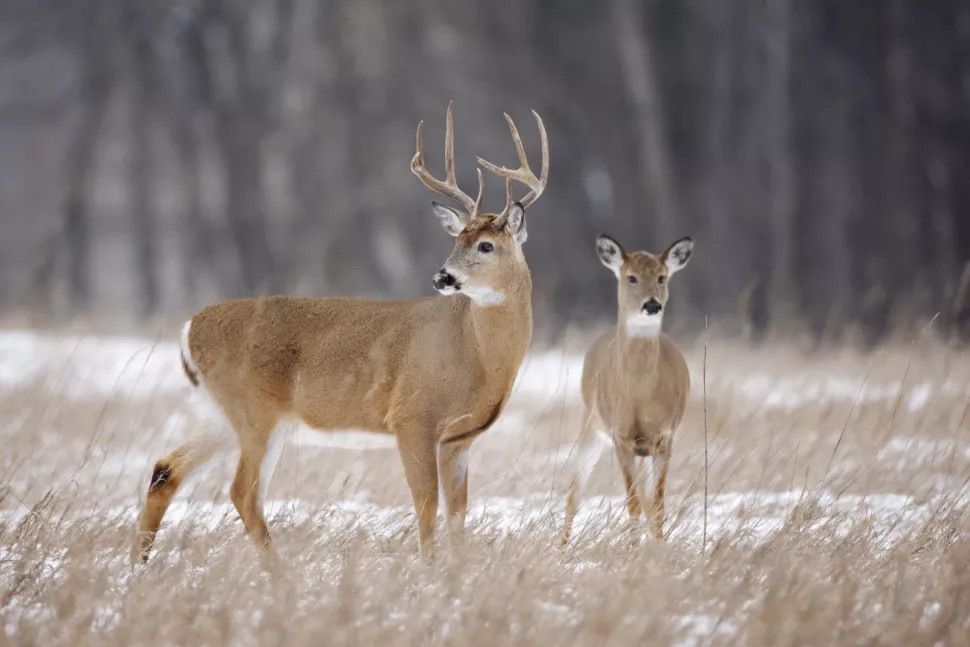 The first potential case of a deer passing the novel coronavirus to a person has been reported in Canada, according to a new study

What’s more, the researchers identified highly mutated clusters of SARS-CoV-2 genomes in white-tailed deer, underscoring the potential for deer to act as an animal reservoir for the virus.

For the study, which was posted Feb. 25 to the preprint database bioRxiv and has not been published in a peer-reviewed journal, the researchers analyzed 300 samples collected in November and December 2021 from white-tailed deer in Southwestern and Eastern Ontario. They found that 17 of the deer in Southwestern Ontario tested positive for SARS-CoV-2.

When the researchers sequenced the genomes from five of the virus samples, they identified “a new and highly divergent lineage of SARS-CoV-2,” the authors wrote. (A lineage is a group or cluster of closely related viruses with a common ancestor, according to the Centers for Disease Control and Prevention. SARS-CoV-2 has many lineages.) This lineage had 76 mutations compared with the original version of the virus identified in Wuhan, China. Further analysis suggests that the lineage may have been evolving in animals since late 2020, according to The New York Times.

Next, the researchers compared the viral genomes found in deer to those found in humans in the area. They identified a person who was infected with a genetically similar strain of SARS-CoV-2, according to The Guardian. This person lived in Southwestern Ontario and had known close contact with deer, and so it seems plausible that a deer transmitted the virus to the person in this case. However, the researchers noted that their limited data prevented them from definitively linking the human and deer case.

Although past studies showed that COVID-19 can spread from humans to deer, and within deer populations, this is the first evidence of spillover from deer to humans, the authors said.

So far, this seems to be an isolated case — the researchers did not find evidence of other human cases from this lineage. And so in terms of its spread to humans, “This particular case, while raising a red flag, doesn’t seem to be hugely alarming,” study coauthor Finlay Maguire, an assistant professor at Dalhousie University, told CBC News.

A preliminary analysis by the researchers also suggested that the mutations were not likely to have a huge effect on the ability of COVID-19 vaccines to protect against this lineage of the virus.

The researchers stress the need for surveillance of SARS-CoV-2 in deer and other animals to identify reservoirs capable of driving transmission and evolution of the virus.

Canada’s public health agency recommended that, “Until we know more, people who hunt, trap or work closely with or handle wildlife should take precautions to prevent the potential spread of the virus,” The Guardian reported.