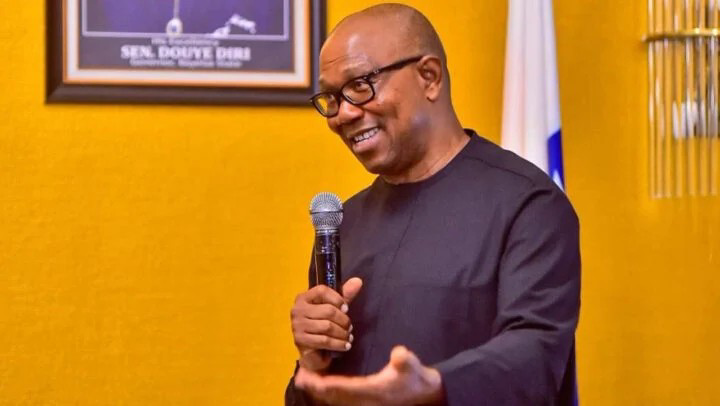 Despite a strong support base on social media, Obi’s presidential campaign has been criticised for lacking real-life structure.

Critics of the former Anambra governor have said without a nationwide grassroots support base, his chances of winning the 2023 presidential election would be slim.

Reacting on Thursday after meeting with Samuel Ortom, governor of Benue, Obi said all underprivileged Nigerians are his supporters.

I have said it before when people talk about structure, that my structure [is] the 100 million Nigerians living in poverty. That’s five million people unemployed.

“Those people who are finding it difficult to live. Nigerians are here today spending over 100% of their money on feeding, that is my structure. And above all, the most important structure is the Almighty God.”

Also speaking, Ortom said the objective to salvage Nigeria must trump party politics, adding that he believes Obi is qualified to take the helm of affairs of the nation.

“Where we are today, we must work towards working together to ensure that we rescue Nigeria and rebuild it. I think Peter Obi’s credentials are very clear and everybody knows,” he said.